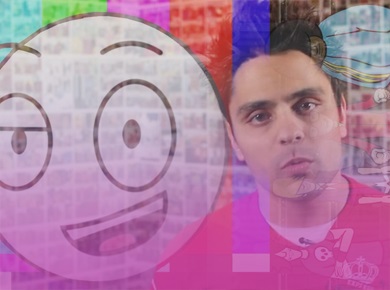 The case for Ray William Johnson

While his time of mainstream popularity has indeed passed, Ray William Johnson continues making content with that 2010 flare, a much needed break from the current online atmosphere.
By Pedro Pérez Pedrero
April 7th, 2021

I did not grow up with RWJ, i didn't know english back when he was popular, hell, i don't think i had an internet connection back then even. So what i'm about to say does not come from a place of nostalgia or apreciation and love for times passed, if anything, my lack of familiarity with his online works is what makes his content, current and old, so refreshing and unique.
I like his content. It's something that my friends consider weird and very unlike me, but i want to talk about this for a little bit. I feel like his content has something that the current internet sphere lacks, or at least my sphere does. Let's go back to how i discovered his content. As a kid i remember seeing his classic thumbnail style pop up in the computers in my school's library. That classic bright colored gradient and him doing the exact same face all the time. 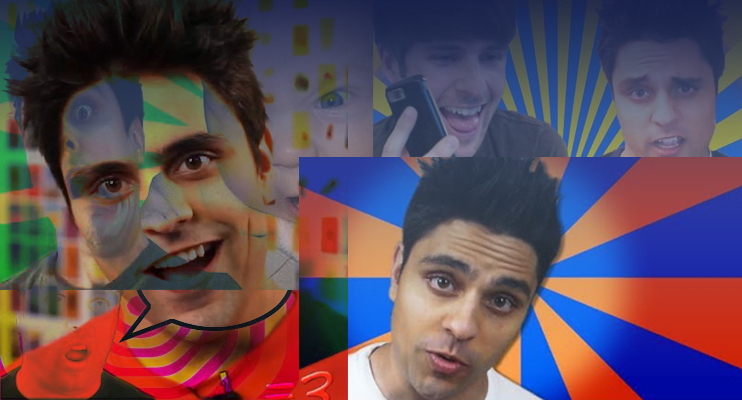 That is my earlierst RWJ memory and to be quite honest, it's only relevant because it shows how universal his content was. In chile, almost no one speaks english, so you'd often see videos of his either captioned or dubbed, that last one being the most rare. Those were pretty popular over here for what i can remember, which shows how his kind of content was sort of a one-size-fits-all type of comedy. Yeah, he has some not-very-2021 moments with the slurs and some of the jokes, but that's to be expected from those early youtube days. Everyone grows, and believe me that's something i'm gonna touch on later, so keep that in mind.
Now, my more relevant re-introduction to his content: i was, as one does, looking through singles on RateYourMusic, and i found what i can only describe as a cultural artifact: Fatty Spin's "Doin Your Mom". 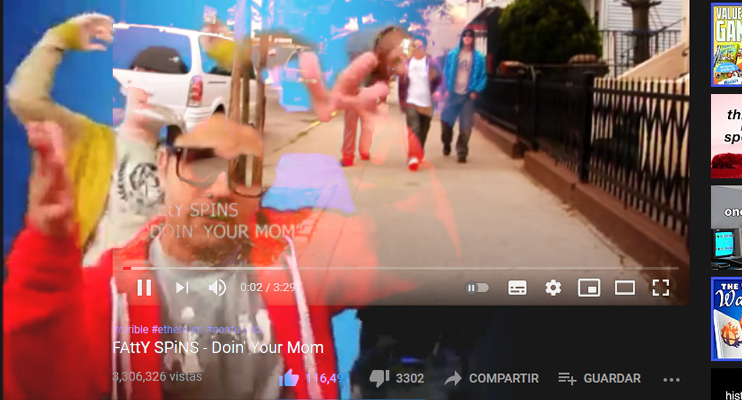 Catchy, funny in that "i'm 10 years old and my brother told me there's a site called YouTube" kind of way. The song however got me very, very interested on this old side of youtube, the early days of content. I'm no stranger to this kind of thing, but for some reason i never really dived into RWJ's content up until that point.
I started listening to more and more of his music, and again, at points it gets a bit too edgy with its jokes (we don't need to talk about Transphobic Techno) but at the same time, you can sort of tell he never really meant any of those jokes. I don't know what it is, but you can just tell it was all in good fun, as incorrect as the jokes were. I do NOT excuse them, but i do understand them as a product of their time, of their cultural context.
I stayed relatively distant from his content, only listening to a couple of his songs from time to time, keeping "Doin Your Mom" on my daily music rotation, but one day i decided to dive back in, and i found what became my most recent addiction/interest/object of admiration: The Upside Downs. 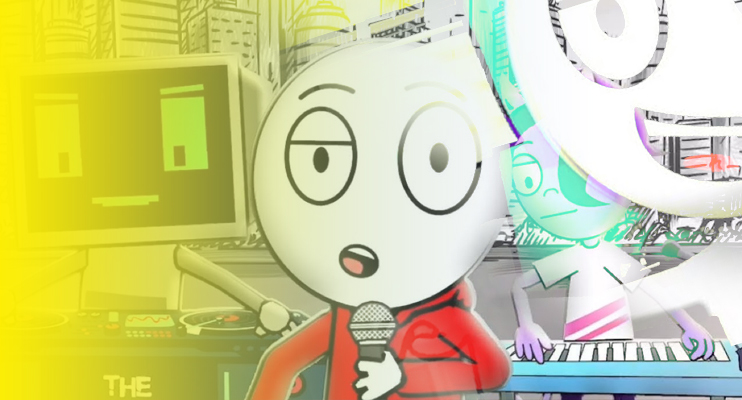 It's impossible to talk about RWJ's music without mentioning Your Favorite martian, another one of his musical projects, but i'll keep it short: It's comedy music, animated, with varying degrees of seriousness to it. It got very real in some parts but it quickly delved back into dick jokes and calling people fat.
The Upside Downs however got me very interested because, unlike Your Favorite Martian, this kind of music is more enjoyable from a "current" perspective. It doesn't rely on crude humor, or at least not as much or as violently, and it's just, "pure" in a way. I think that RWJ didn't start this project to please his fans or to get views, he just did it for his own love for the medium of animation, music and comedy.
This innocent passion can be seen, it can be heard and i know this is getting way too cheesy for my own sake, but it can be felt. It hits different knowing that these new music videos haven't been well received, yet he keeps making them. It's not necesarely something endearing, but rather straight up something i look up to now. That sense of doing it for yourself and not for others. That drive to create. That's what kept me hooked on The Upside Downs. I also think Eggward is very cute, but that might just be my autistic tendencies shining through. I'm very invested in him, i really like him. 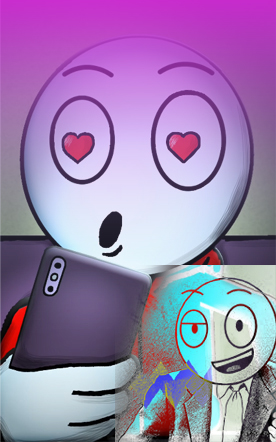 His comedy-centric videos have this aura to them as well, specially on tiktok and instagram. He's basically doing what he did back in the =3 days but in a new platform, and that, is commitment to the medium. That's yet again something i admire. He hasn't stopped! he hasn't stopped being himself after all these years. Yeah, he has dabbled into some different styles of media but he's kept his commentator-style delivery consistent.
Now, to really wrap this whole thing up, i wanna talk about a small series of videos he made titled "Svperhvman".
He took a completely different direction on these, and this is where he really got me as a fan. These are, basically, self-help videos. Self-improvement targeted to people who find his comedic delivery funny but might be getting to that point of their internet experience where they're getting very slightly irony-poisoned and perhaps depressed, unhappy with their lives in some way. This was incredibly touching to me. Now, i am lucky to be depression free for a nice couple of years now, and my anxiety has been on the low for a long time as well, but i'll admit, i shed a tear when i watched "How To Live a Happier Life". Not because of anything he said, but rather because i thought about the target audience for these videos. 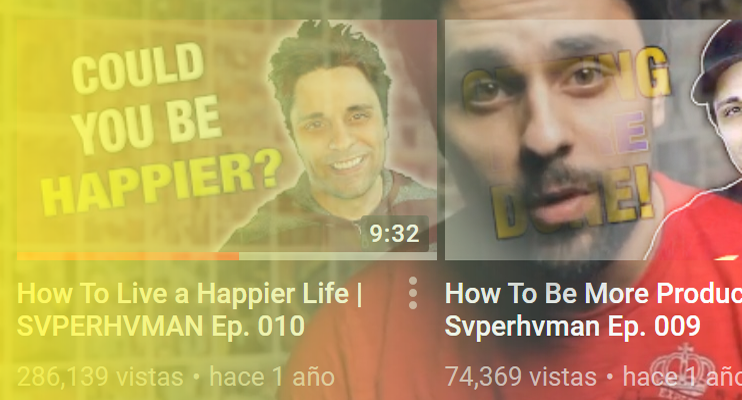 I saw my 12 year old self, dealing with depression and suicidal thoughts just, casually stumbling upon this video, seeing a friend in him, seeing someone with a new point of view that might help me overcome my problems and give me a new way of looking at things. And i know this was the case for at least one random little kid who was feeling sad and just candidly looked up "how to be happier" on youtube.
That's where he got me, that's when i realized he's not making content only for himself, but also for the people who know how to appreciate the simplicity of his humor, the simplicity of his message of positivity and love. Yes, there are some poor taste jokes thrown in there from time to time but that's to be expected. And even then, he has made his stances on racial inequality and LGBTQ+ discrimination very clear through many tiktoks and videos, not to mention the stance he took on the issue of landlords evicting people during the pandemic. 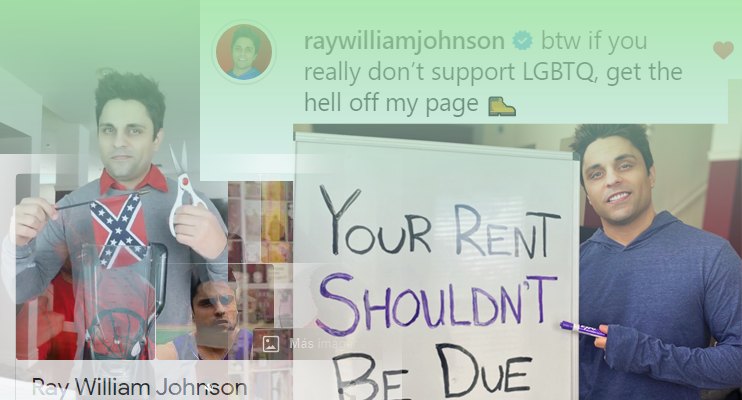 Overall, i'm happy for him. I'm happy for me too, i'm glad i found his content in these times of uncertainty. These simple Funny Moments videos bring me joy in an online era that makes it quite easy for one to feel the weight of all currently occuring issues on one's shoulders. And Eggward is really cute too. So there's that. I was gonna make a separate article to talk about The Upside Downs but i think that's enough for today. Just let it be known that i love that gang.
Specially Eggward. Alright i'll shut up now.

I lied, here's one last pic of Eggward, this time without the funky edits i've been doing on this article. 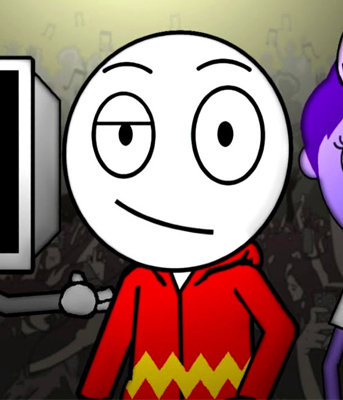