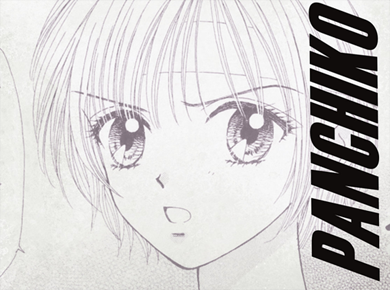 Taking a look at the story behind D>E>A>T>H>M>E>T>A>L.
By: Otodus Flora
Photo by Panchiko, original artwork from "Mint na Bokura"
april 11th, 2020

In a short amount of time, Panchiko has garnered somewhat of a cult following, both because of genuine good alternative rock music they have made, and the supposed story behind said music. On July 21, 2016, the album was posted in 4chan's /mu/ thread, where a user stated they found the CD in some thrift store. It quickly caught people's attention due to how there were no mentions of such a band anywhere online, and the fact that the CD had experienced disc-rot, making the music become drowned in the resulting noise of corrupted files. For a long time this EP remained it's own mystery and novelty, that is until January 31, 2020, where the original owners, identified as Owain and Andy, were able to be contacted, and the original, clean files were reuploaded to the internet, along with never released material. It's a story that many archivalists and lost media enthusiasts (myself included) would call a dream come true. In fact, to many it seems *too* good to be true. So was D>E>A>T>H>M>E>T>A>L genuine lost media that was saved? Or was it all just a publicity stunt? Let's take a closer look. 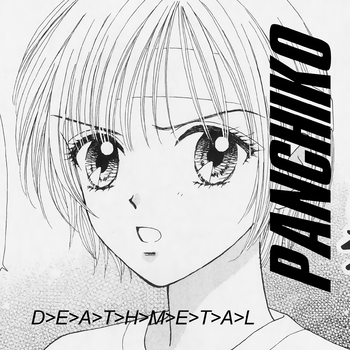 First off, let's see why people think the story was just a hoax. Let's start with the most obvious: almost immediately after the restored files were uploaded, the band put out merchandise to buy, consisting of various CD pressings, some just digipaks, others being signed and including lyrics. It's easy to assume that when something like this happens, it might have just been something done purposely so that the final album would get the attention (and money) the artists so wanted.
Secondly, the fact that the original EP was found, completely clean of noisey, rotted mess, along with *another* EP that was never released, and all of that was released on a new bandcamp page which included the rotted tracks as bonuses, just 4 years after the album was getting attention seems all too coincidental to happen. There could've been a genuine search to find the original artists, sure, but the fact that they were credited only by their first names, and the only other information known was that they were in the UK seems like too little info in order to do a reasonable search.
Lastly, some say that the original CD was simply faked. The artwork included with it is very simple, even using scans from Japanese manga, so there would be no worry about original artwork being accounted for. One could possibly create the rotted disc noise heard through a few tools in Ableton, and the fact that this CD was seemingly released in 2000, but had no mentions of it ANYWHERE seems absurd.
This seems like just enough to completely discredit the story for some, but not everything is as black and white as the original cover is, which originates from the rather obscure manga "Mint na Bokura". The original run of it was in 1997-2000, and was localized in English at an unknown date. While it might seem that an European band having an English copy released after the band's original run (or a Japanese copy, which one would need to search hard for in that time) to use as a cover is enough to expose the hoax, but when Japanese manga is localized into English, they mirror every page as manga reads right to left in Japan. The original cover is what's shown in the Japanese version, and there's also a small portion of text that can be seen that is of the Japanese translation. While it certainly wouldn't be hard to catch all of these details when making the album recently, this mainly shows that it is possible for an album released in 2000 to have this cover, be it if the musicians are avid fans of anime and manga. 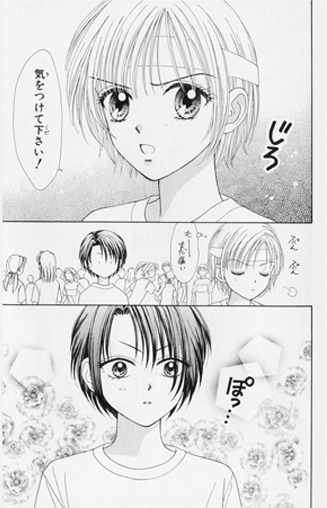 As mentioned before, some believe it's impossible how even a small band release can be completely forgotten in time, especially with the internet in account, but the truth is sometimes things like that just happen. The internet wasn't as widely used as it is now back in 2000, so even if it was documented somewhere online, that documentation could've been taken down, and with internet archival not being as heavily enforced as it is now, there's nothing that can be done about any prior mentions of it online. So the idea of a small band making only a handful of CD copies back in 2000 and never being heard of again isn't a completely outlandish thought.
Not to mention, the disc rot in the original files does sound authentic all things considered. There's an album called "Ye tietia wo so" by Josh Laryea, where the only files used for online distribution were taken from a rotted CD, and the sounds that it makes are very similar to D>E>A>T>H>M>E>T>A>L's. I'm not really sure if it's possible to record onto a CD-r that's already been damaged, and if so, if the files put onto it would sound anything like the infamous rotted files. And as far as I know, making noise like that in Ableton or any other music program ends up sounding too artificial than what we hear here. So perhaps it really was just a CD that was forgotten and left in a thrift store, slowly rotting away as the years go by.
Jumping off of that, some think that the original OP who found the CD just finding it in a store somewhere is unbelievable, but things like that really do happen. It once happened to me in fact. I was browsing the "Mile High Thrift Store" located somewhere near Denver, Colorado, and I came upon an odd looking CD. The cover and CD artwork was in this black and white newspaper ink style, and the inside was some cut out sheet music. The album was called "It Must Have Been... Some Other Time..." by a man named Max Welker. I'd be lying if I said I wasn't expecting it to be some sort of melancholic drone music, but instead I got very MIDI instrumental new age sounding music. And as far as I know, nothing about this CD was ever mentioned anywhere online, aside from certain tracks being on Welker's own page and YouTube channel, which I had to dig around to find in the first place. The real kicker is that the cover states this is his second CD, meaning there's one other I know completely nothing about. Basically what I'm saying is, you can find really weird stuff in Thrift Stores.
Overall, the story behind D>E>A>T>H>M>E>T>A>L is a very questionable one. It certainly does look and sound like an album from 2000 (style and all, have you seen the back artwork for the CD?), but the quick emergence of the original songs as well as the merchandise does make one question if it was just a cash grab. While I can understand why some would say that the story is a hoax, I'm still holding onto the idea that this really is an old EP left forgotten and rotted, but I'm totally open to new information that suggests otherwise.
And even so, if that were the case, should such a hoax distract from the music itself? Panchiko genuinely has a great, bedroom pop sound that is just begging to be played on the stereo during a lazy weekend night, where all you do is lie on your bed. Real, or fake, maybe it would be better to just ignore the complicated (yet interesting) story behind it, and just sit back, and listen to some death metal. 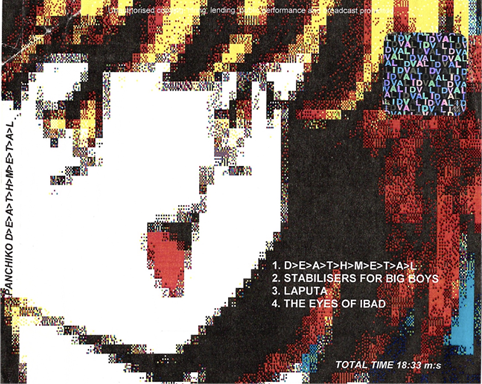