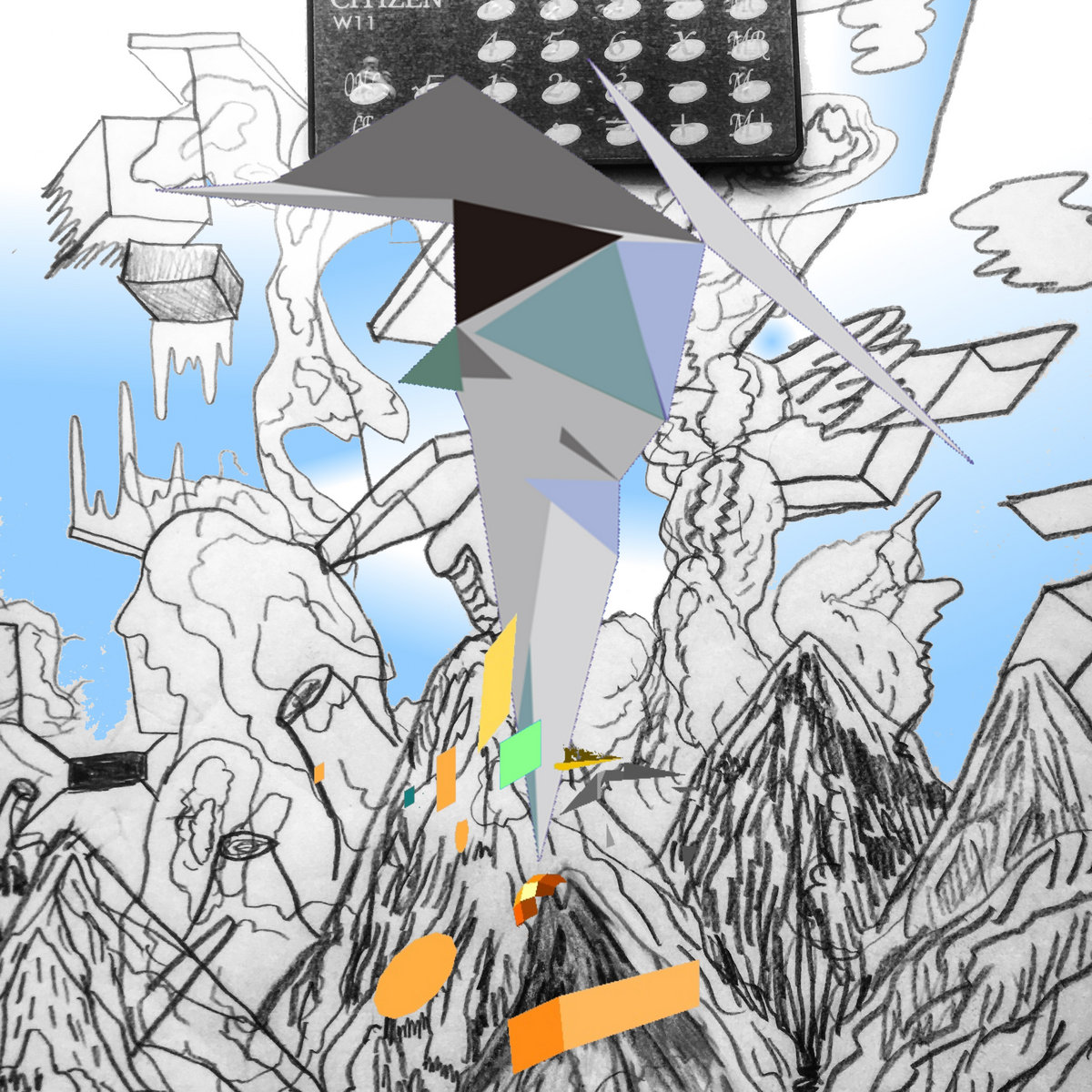 Venezuela is the conjoined unit of producers Furopon and CMPTR, and it is a fully mechanical machine. Judging by the track titles of their self titled EP, as well as the music itself, it is a beast proudly assembled from a destructive tennis match between the two artists with many bouts. These are songs that began from massive arrays of chopped audio, consolidated through a process of sampling, rearranging, and rearranging themselves until a natural conclusion is reached.
Though I do adore a machine which feels metallic, the conclusions this EP embodies are incredibly enjoyable, danceable even. How much I would give to throw ass at a club to Venezuela2 BPM190 b, a song so narratively complex that you’d be on beat no matter how you moved. Imagine the entire club thinking the DJ is fucking up as the false ending is reached in the middle, the volume dipping ever so slightly, before another wild storm of data collided breaks kicks in. Phenomenal.
I’ve been trying to wrap my head around these beats for the last few weeks, and I think I’m getting there. It’s never so much that many disjointed parts perfectly blend together, it’s that several perfectly aligned parts have gone through many tests to their structural integrity. It’s a whole building.
I adore the blend of organic and electronic sound sources. There’s this very literal cowbell introduced in the aformentioned Venezuela2 BPM190 b sometimes settling into a looping melody, sometimes content to percuss. This cowbell becomes my good friend as soon as I hear it, and am thrilled to hear it bleed into the following song, CMPTR Furopon Session2 mix1. I am heartbroken as it disappears a little ways into the song. We’d gone through so much, I’d seen so many sides of it. Imagine my relief as it returns to wish me a final farewell. Everything is utilized as everything, but nothing ever gets lost, or feels like an unnecessary detail. You could really take a weekend out and just track every layer of this thing and never get bored.
For as much chopping and rapid fire cutting is in play, there is also no tolerance for silence, buffing out the soundscapes at play with swooping bassy drones, sometimes synthesized, sometimes outsourced, usually soaked in reverb, occasionally threatening (as many things on this EP do) to overtake its moral center. It’s a very ecstatic collaboration with the tools at hand and between the people in question that makes this EP bop/drone.
A massive recommendation to this project, as well as the label it was released on (Niphlex Recordings) as a whole. I haven’t heard anything from there I have not liked. I am having trouble finding CMPTR’s personal soundcloud, but links to this EP and Furopon’s soundcloud are down below. If you’re into a lot of fast, bouncy internet dance music and want to get into something more *avant* (or vice versa), this would be a good use of your time. If you fucking hate dance music, what is wrong with you! Listen to it anyway, it’s good.